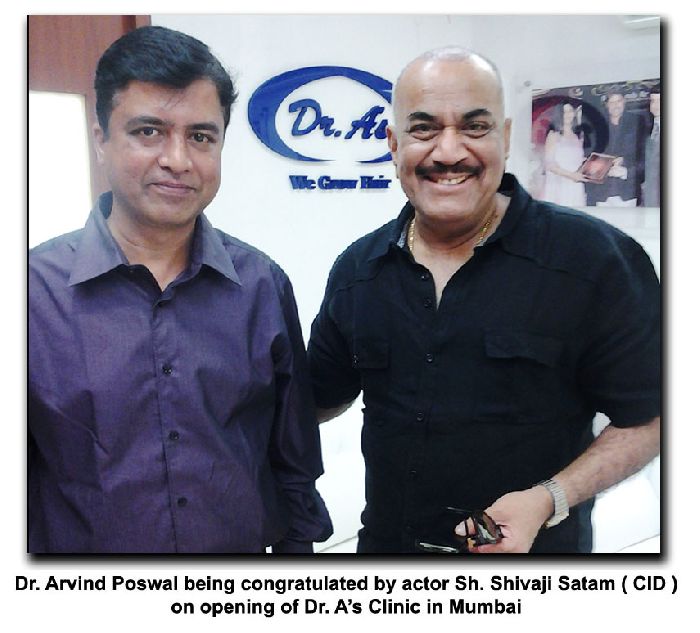 Shivaji Satam has appeared in many Hindi as well as Marathi films. In Hindi, his famous films are Vaastav, Ghulam-E-Mustafa, Yeshwant, China Gate, Taxi No 9211, Jis Desh Me Ganga Reheta Hai, Hu Tu Tu. In Marathi, he has got recognition through movies like Uttarayan. But what made him popular was his role as "ACP Pradyuman" in popular TV series C.I.D. on Sony Entertainment Television.

Shivaji also has been nominated for Best Actors award for Star Screen Award for Ghulam-E-Mustafa.

Like many of us, Shivaji Satam is too suffered from hair loss. After careful research, Shivaji Satam decided to undergo hair transplant procedure with Dr. Arvind Poswal, founder of the top ranked hair clinic in the world according to HairSite patient result statistics.

Shivaji Satam has chosen FUSE technique, an invention by Dr. Arvind Poswal that is minmally invasive compared to traditional strip hair transplant technique, no stitches, no linear scar and fast healing time. 3426 head donor grafts along with 222 beard donors were used in the procedure.

See below video testmimonial from Shivaji Satam after his hair transplant procedure with Dr. Arvind Poswal. 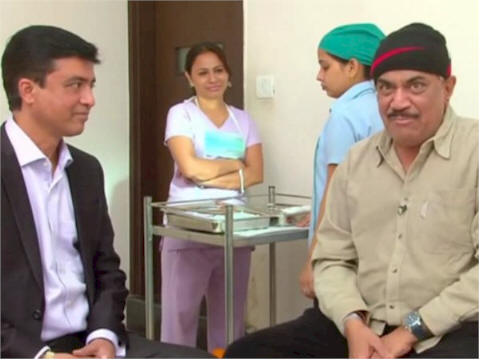 back to Dr. A Hair Clinic profile