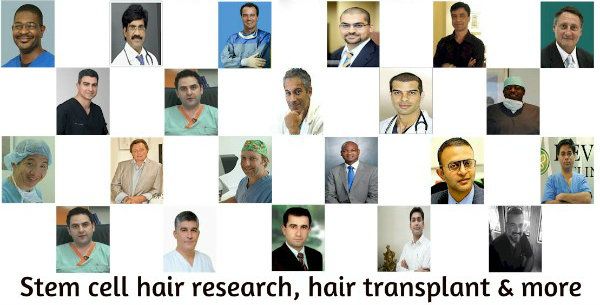 Pumpkin Seed Oil Hair Growth Facts - What you Must Know

An article published in the National Institutes of Health (NIH) in the US has generated a lot of interest in pumpkin seed oil hair regrowth treatment. The title of the peer reviewed article is "Effect of Pumpkin Seed Oil on Hair Growth in Men with Androgenetic Alopecia: A Randomized, Double-Blind, Placebo-Controlled Trial".

As always, we at HairSite only reports treatments that are backed by actual clinical trials and peer reviewed studies. Here we dissect the clinical trial details and dig into pumpkin seed oil hair growth facts that you must know.

The pumpkin seed oil hair regrowth study was led by a team of doctors and scientists from the Research Institute of Convergence Biomedical Science and Technology in South Korea.

The premise is that pumpkin seed oil may have anti-androgeneic effects in humans and can potentially block the effects of 5-alpha reductase. 5-alpha reductase is responsible for the conversion of testosterone to DHT and DHT is commonly believed to be the cuase of male pattern baldness or androgentic alopecia.

A total of 76 male patients were involved in the double blinded study with ages ranging from 20 to 65 years old. They all exhibited signs of male pattern baldness, anywhere from class 2 to class 5 on the Norwood hair loss scale.

None of the subjects had used any hair loss treatments 3 months prior to the commencement of the trial.

In the study, the test subjects each received 400 mg of Pumpkin seed oil supplement for a period of 24 weeks. The trial results were then evaluated by means of 4 assessments:

No side effects were reported by any of the test subjects during or upon the conclusion of the trial.

And the results after 24 weeks? An astounding 40% increase in hair count was reported in the treatment group, compared to only 10% in the placebo group. That is impressive by most standards especially when the results were reported in just 24 weeks.

Could this be the product that can replace hair loss pill Propecia? Should you rush out and get a bottle of Pumpkin seed oil for hair growth?

Hold it Tiger, Not so fast!

Ater digging into this study a bit further, although we wouldn't call it lies, there are definitely inconsistencies that are worth mentioning.

First, pumpkin seed OIL? The heading of the trial is "Effect of Pumpkin Seed Oil on Hair Growth in Men" but it turns out that it was pumpkin seed powder and not pumpkin seed oil that were used in the trial.

You may say who cares? Well you should care. Delivery vehicle for supplements do make a difference in efficacy. For example, whole herbs and powder are generally not standardized, meaning they haven’t been tested to determine the chemical potency they contain whereas potency standardization is less of a problem for oil or other delivery vehicles.

Besides the oil vs powder issue with this study, it is also discovered that it wasn't just pumpkin seed that was used in the study. As a matter of fact, the test subjects were given a product called "Octa Sabal Plus" in the trial which actually contains the following ingredients:

So now the question is whether it was pumpkin seed alone that generated the 40% hair growth or was it a synergy of all these ingredients that did the trick?

Third, the study was supposed to evaluate if pumpkin seed oil promotes hair growth by blocking DHT whether directly or indirectly. It is disappointing that DHT and prostate specific antigen (PSA) levels were not measured in order to validate the mechanism of pumpkin seed; in other words, the study is hugely inadequate in explaining the exact action of pumpkin seed in male hair loss patients. This doesn't offer much help to those who want to replace hair loss pill Finasteride with a natural supplement such as pumpkin seed oil.

Last but not least, do you know who paid for this study? Well, the study was supported by a grant from a company called DREAM PLUS ONE CO.,LTD. Who cares? Well, it turns out that Dream Plus One is also the very company that sells the product "Octa Sabal Plus", the exact same product that was used for the test subjects in this trial.

So all the facts are there, lies or not, we will let our readers form their own conclusions. To read the entire NIH article about this trial and our forum discussion on this topic, click Pumpkin Seed Hair Growth Study for details.

As for those who had tried Pumpkin seed oil for hair loss, here's a review from one of our forum members:

"I have been taking 4000 milligrams a day for many years. I can’t say that it increased growth but it might have stopped hair loss. It definitely helps the urine flow, which I assume reflects its DHT blocking effect."

Other Options for Hair Loss?

This article is created in collaboration with Hasson & Wong hair clinic, a sponsoring top ranked #1 FUE & Strip hair clinic in US and Canada.

To learn more about this topic or other cutting edge hair restoration techniques, contact Hasson & Wong at info@hassonandwong.com for a free no obligation consultaiton. No cost, no fee, just good honest information.