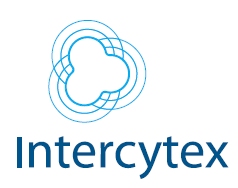 Intercytex (ICX.L) is an emerging healthcare company known for its ability to use proprietary technologies to isolate, culture, and deliver human cells for the treatment of wounds and other aesthetic conditions.

Ever since the announcement of a research product called TrichoCyte (ICX-TRC), Intercytex has become the single most frequently discussed topic in HairSite. ICX-TRC is an autologous cell based therapy for hair regeneration. With this technique, the hair-inductive dermal papilla cells are dissected from hair follicle samples taken from the patient. The cells are then cultured and multiplied in a proprietary process and subsequently injected into the patient’s scalp using a specialized deliver system.

Phase I of the clinical trial was completed in 2005. The following article is based on HairSite’s interview with Dr. Paul Kemp, founder and Chief Scientific Officer of Intercytex. This interviewed was conducted in September 2006 when phase II of the ICX-TRC trial has officially begun. Dr. Kemp hopes that this interview will help HairSite members better understand the current status of their research and clear some of the confusions surrounding this breakthrough in hair restoration procedure.

Information presented herein is a truthful account of the conversations between HairSite and Dr. Paul Kemp.

Phase I of the ICX-TRC trial was designed to evaluate what concentration of cultured suspension to use in the volunteers, how deep to administer the injections, and safety issues associated with the protocol. One of the main goals for phase I was to ensure that the procedure does not result in complications of any sort among the test subjects. Phase I was concluded in 2005. A lot was learnt from the trial regarding the delivery and dosing requirements of this product. No known side effects, complications or adverse response were discovered among the test subjects. The trial was conducted under the guidance of Dr Bessam Farjo of the Farjo Clinic. Dr Farjo said, “I am delighted that TrichoCyte has proven safe in all volunteers enrolled into the trial, as this approach to new hair induction will represent a step-change in the way male pattern baldness is treated in the future.”

A total of 7 volunteers were enrolled for phase I. The area that was tested was 1 sq cm in size. Each volunteer received 100 injections of the cultured cells in the 1 sq cm recipient site. The time required to administer 1 injection was approximately 5 seconds. Each injection delivered about 1 micro liter of cultured cells.

Among the 7 subjects that were enrolled for phase I, 5 reported an increase in hair numbers. Dr. Kemp, being one of the test subjects himself, reported an improvement of about 66 new hairs as a result of the 100 injections. Varying degree of hair regeneration was observed among the 5 participants who showed an improvement. Dr. Kemp's results were considered average among the 5 participants. There were volunteers who actually reported greater increase in hair numbers than Dr. Kemp. It is unknown why 2 of the 7 participants did not show any improvement. One possible explanation is the timing of hair cycling.

When asked about the characteristics of the new hairs observed in the test subjects and whether they resembled cosmetically acceptable terminal hairs, Dr. Kemp said it is premature to conclude at this point given that the test area was only 1 sq cm in size. Also, the fact that the test site was shaved in order to facilitate the hair count made it difficult to evaluate the aesthetics quality of the ICX-TRC induced hairs. It is hoped that the final product will deliver cosmetically acceptable results with near “terminal hair” quality. More conclusive observations and evidence about the hair characteristics will be available upon the completion of phase 2.

Phase II has officially started in September 2006. Up to 20 test subjects may be enrolled for phase II. Only local subjects will be recruited. Not all test subjects are scheduled to begin the trial at the same time. There will be fine-tuning and adjustments to the protocol as the trial progresses. Dr. Kemp described phase II as a "rolling or staggering" trial in the sense that the protocol may evolve over the duration of the trial. More than 1 protocol may be tested in phase II depending on the initial results.

In phase II, there will be TWO test sites on each volunteer’s scalp. The first test site is on a completely bald area measuring about 1 sq cm. This site will be subject to100 injections of the cultured suspension. Unlike the first test site that resides on a completely bald area, the second test site is on a much larger area containing thinning hair. The second site will be subject to 900 injections. In other words, each volunteer will receive 1,000 injections divided between two test sites on his scalp. Both test sites will be administered and monitored simultaneously.

If all goes as expected, phase II may be concluded in approximately 1 year.

Nothing conclusive can be determined at this point as to how phase III will be implemented. A lot will be dictated by the results and findings from phase II. Dr. Kemp envisions that phase III will very likely be a multi-centers (U.K & U.S) trial involving more test subjects. Phase III will be similar to the commercial application of the final product that will be made available to the general public. If all goes as expected, phase III may last for approximately 1 year. After the completion of Phase III, Intercytex will proceed to apply for MHRA approval. MHRA is the U.K equivalent of the FDA in the U.S. There might be plans to submit applications to both MHRA and FDA simultaneously upon successful completion of phase III. It is not known how long it will take to obtain MHRA approval, although a 12-18 months timeframe is expected.

While it is believed that the role of traditional hair transplant may diminish over time, products such as minoxidil and Propecia will still have an important role to play when ICX-TRC becomes available to the general public. These products will be an important adjunct that complement ICX-TRC induced hair growth.

With respect to the distribution agreement between Intercytex and Bosley that was previously reported on HairSite back in 2004, Dr. Kemp clarified that it is an “option” that Bosley can exercise upon completion of the phase II trial. There is no formal agreement in place at this point that will make Bosley the exclusive distributor of ICX-TRC. But Bosley will be given the first rights to negotiate.

It is unclear how the cost will eventually be determined. “It is premature at this point to discuss cost”, said Dr. Kemp. The ultimate cost of the procedure will very likely be a collaborative decision between Intercytex and the clinic that will be administering the injections. While it only takes seconds to administer 1 injection, the cells dissection and culturing process are critical steps that are extremely onerous. According to Dr Kemp, it is a very labor-intensive process dissecting the dermal papilla cells and culturing them. Typically it can take up to 2 months from the time a biopsy is taken before the cultured cells are ready for injection. It is hoped that over time there will be ways to streamline the dissection and culturing process to keep the cost down for the general public

When asked about the age-old question of whether this type of cell therapy rejuvenates existing follicles or creates new ones, Dr. Kemp said it is not really their goal to understand how the new hairs are formed. It could very well be a combination of both. More in-depth studies and research are necessary before an intelligent answer can be deliberated. At this point, Intercytex’s main focus is to ensure that the protocol is capable of delivering a cosmetically acceptable difference in the test subjects.

Dr. Kemp is aware of the keen interest among HairSite members on the subject of cell based hair regeneration therapy. This interview is intended to provide our readers a more factual aspect of the recent developments in Intercytex’s research. The timelines given in this interview are estimates at best. Readers are cautioned that there are uncertainties in all aspect of scientific research. This article contains forward-looking statement and information. Nothing contained in this interview shall be construed as the definitive guide with respect to the future development of TrichoCyte (ICX-TRC).

For more information or the latest update, email HairSite@gmail.com