There are unique qualities of Afro-carribean hair that makes it extremely challenging for us to perform hair restoration on clients seeking FUE.

For starters, unlike Asian or Caucasian hair follicles, Afro-carribean hair follicles are curly and have certain unique features. On the positive side, this curliness offers great results with fewer follicles, it also poses a few challenges.

Instrumentation used in FUE is traditionally a sharp straight instrument. This makes it extremely difficult to manoeuvre the punch beneath the skin, wherein the visibility is nil. Hence historically patients of Afro-Carribean origin seeking FUE were discouraged to do so because of the high levels of transection associated with extraction of follicles using traditional FUE techniques. 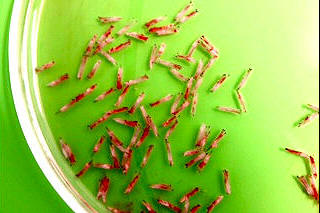 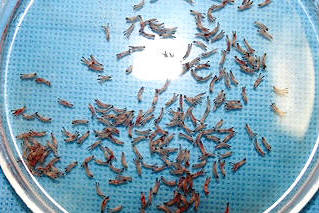 As illustrated from the pictures above, using improved techniques of the 3G FUE technique, we have overcome the difficulties associated with extraction of follicles of patients of Afro-Carribean origin.

The third issue is of achieving density. Generally I've found that achieving respectable density is a bit of an issue in Afro-carribean clients as popping seems to be an issue. I usually counsel them extensively about this and either advice them to spread the surgery over 48 hours or recommend a top up session in 12 months to achieve dense packing.

The last but not least issue is of scarring. Due to certain characteristics of Afro-carribean skin, clients have to be counselled extensively about hypertrophic and keloid scarring. I usually perform a test extraction on my patients before offering them an extensive surgery. However, with meticulous attention we have minimised scarring and have numerous examples whereby scarring with 3G FUE has been minimised compared to traditional techniques. 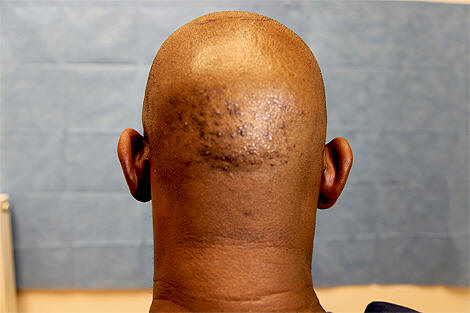 This client had a traditional FUE 12 months ago and Dr. Reddy performed an FUE on him recently. The scarring at the back is from the old surgery. We extracted hair mainly below the occipital notch. The picture taken a few weeks after, clearly illustrates lack of visible scarring at the back following extraction of 600 follicles using 3G FUE.